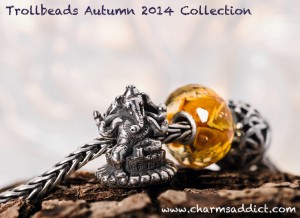 I’ve been a huge fan of the Trollbeads Autumn 2014 Collection and I haven’t been able to stop playing with my new charms from this collection.  One of the main themes for the release is Eastern Spirituality and today I take a look at the silver beads included in this motif.  Out of the 15 silvers that just came out, 7 of them are in this category including: Tears of Shiva, Buddha Head, Lotus Top, Om, Spiritual Adornment, Spiritual Ornament, and Ganesha.

There is a nice mix of small and large beads in this set and it’s easy to tell by the price tier about how big the designs are.  Even so, I was surprised at the size of the Buddha Head and Om as they’re diminutive charms; the Lotus Top is too but I expected it to be slim.  The Buddha Head is well sculpted representing the Thai version of the buddha and there is an om symbol engraved into the base of his neck, which is a fun detail.  Om is an openworks charm and wraps around the bracelet  for a really cool effect.  Lotus Top is more like a spacer and is slightly curved; it’s definitely tempting to get multiples of this one.

One of my favorites is the Ganesha from this collection; it is a chunky and ornate piece featuring the Hindu god of wisdom and knowledge. This original design actually came from the late Trollbeads designer Svend Nielsen but never saw production until now. It is incredibly detailed on the front and the back of the throne that Ganesha is sitting on and it’s such a fabulous part of the brand’s history. The Tears of Shiva resemble a bundle of seeds and that’s because it is said that Shiva’s tears first made the Rudraksha tree, whose seeds are commonly used for prayer beads in Hinduism and Buddhism.  It is a large charm with ripples and kind of resembles a lemon or cactus.

The Spiritual Ornament and Spiritual Adornment were high on my wish list and they’re such fantastic charms.  These two spherical beads look alike and can probably be mistaken for one another but they’re wonderfully detailed.  Each has two designs to represent the decorative architectural elements on the temples, both inside and out.  They were high on my wish list when I first previewed this collection and I’m happy to say that I’m not disappointed!

These Trollbeads charms are small core and only fit on non-threaded chains. I love this entire collection, and especially the Eastern themed charms. This brand can be purchased from the official Trollbeads webstore with free US shipping. I combined the silvers with a warm palette of ambers and reds, do these designs speak to you? 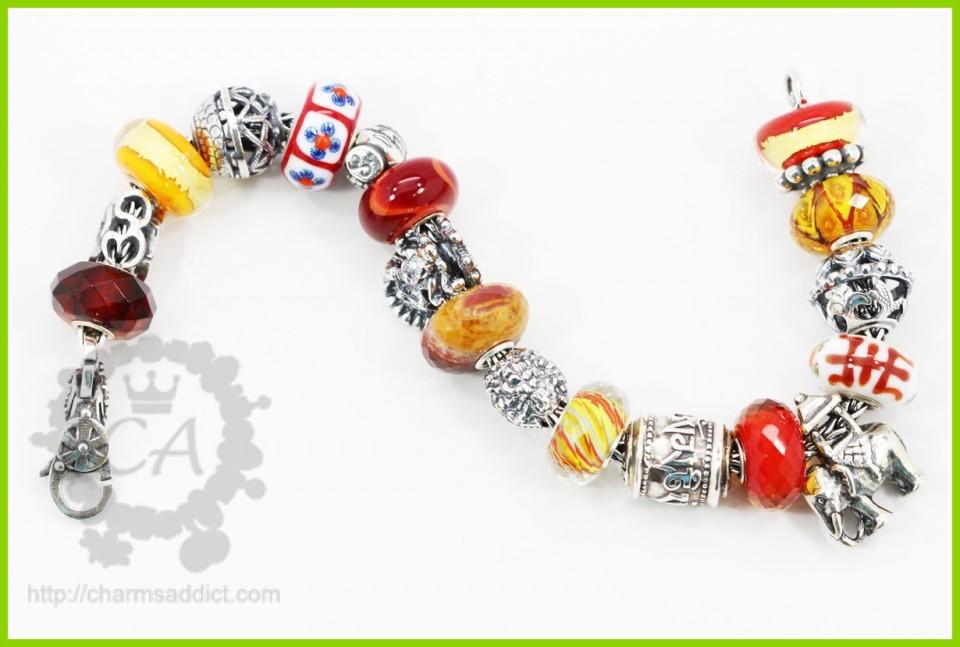