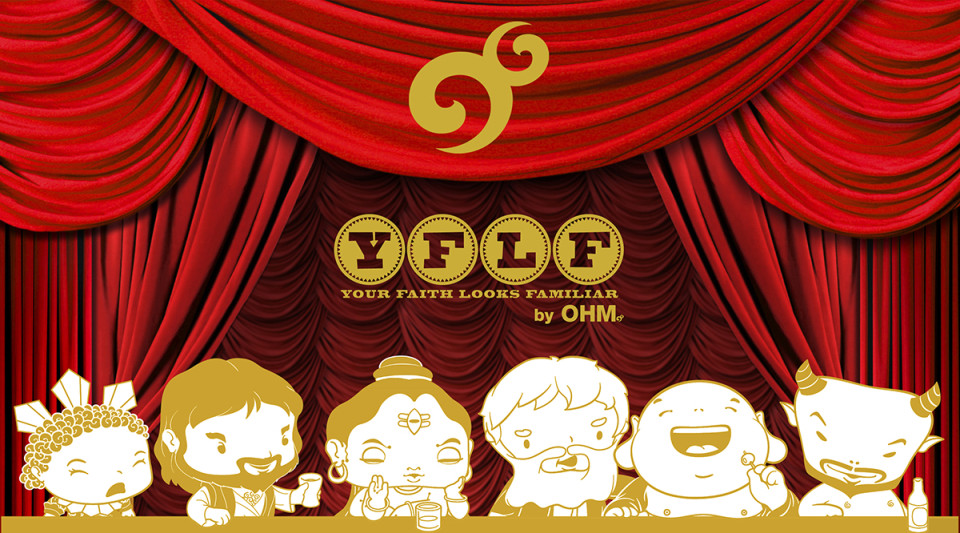 Ohm Beads has had great success partnering with unique characters to bring them to life in the charm world.  Their next collaboration is with Your Faith Looks Familiar (YFLF pronounced yuff luff) which is a “non-Prophet organization that promotes Oneness Beyond Belief.  The YFLF Superheroes fight against the evil forces of prejudice & ignorance.”  All characters appearing in this work are fictitious. Any resemblance to real persons, living or dead, resurrected or immortal, is purely coincidental.

Of all the collaborations Ohm Beads has done so far, this one appeals to me more than any of the others.  Not only for their lighthearted take on religion but the aesthetic is so adorable that I can’t resist!  This collection is right in line with the brand’s philosophy and I can’t wait to get my hands on them.  Their descriptions are hilarious too and there are 6 charms to choose from:

Along with the February BOTM Love Cage this collection will be released on February 2nd.  My recommended retailers are taking preorders for it though, and you can find them here: Artisan Bead Boutique, Perlen, and Oromoda.  Which design(s) speak to you?