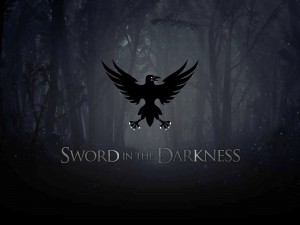 The finale of Game of Thrones is this Sunday and I have to say that this has been one exciting and dramatic season.  Many changes have been made from the books and we’re getting to plot points that haven’t even been published yet.  I’m also wrapping up my Game of Thrones bracelets with the Night’s Watch.  While they are not a family, noble or otherwise, they play a large role in the books and the show.  They have a pivotal duty, whether the rest of Westeros knows it or not, and they’ve been doing their best with what little they have left.

The Night’s Watch was set up as the defenders of the Wall, a 700 feet wall which divided Westeros from the Wildlings and other creatures in the North.  Men either volunteered to go into this service or were forced to as a part of their sentence if they were convicted of other crimes.  They take up oaths to renounce their names and their families, not to have children, own land, and they take no part in politics.  Their sole duty is to protect the kingdom as a whole.

The main character that most readers care about in the Night’s Watch is Jon Snow, the bastard son of Lord Eddard Stark of Winterfell.  He is sent to the Night’s Watch as he doesn’t really have a place in Winterfell but he embraced his duty.  Jon is a skilled swordsman and strategist, and by the 5th book he becomes Lord Commander of the Night’s Watch.  The entire series begins with the rise of the White Walkers, a zombie-like race, which gets stronger and stronger, and Jon does all that he can to combat them including joining forces with the Wildlings.

The men of the Night’s Watch only wear black and are often refers to as crows by their enemies.  I started there and also added beads that look like ice for the cold conditions they endure.  I choose star themed motifs representing the night, a pocket watch for their name, the Tower is for the Wall, and Howling Wolf for Ghost, Jon’s direwolf.  Have you been watching this season?  What do you think of the plot deviations? 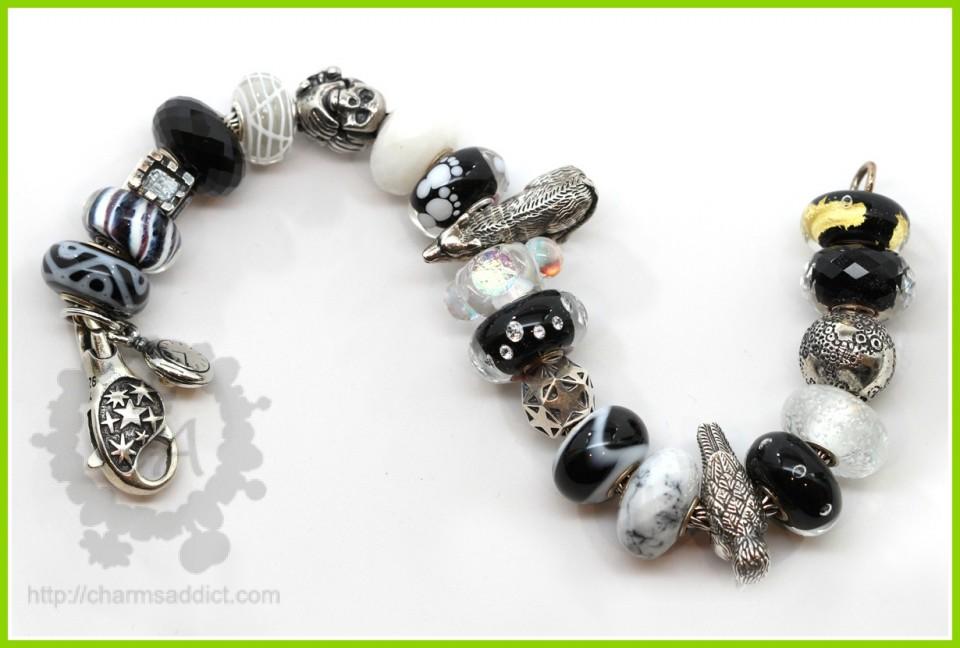