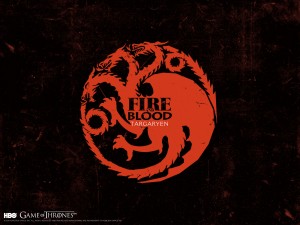 As I’ve mentioned and featured in the past, I’m a huge A Song of Fire and Ice, aka Game of Thrones, fan!  I’ve diligently followed all the TV episodes as well as having read the books so I was very excited to see the new season premiere last weekend.  I had hoped to coincide my Game of Thrones bracelet series with the return of the show but didn’t manage to get to it in time.  So today I’m kicking off my Noble Houses inspiration with House Targaryen; and each Sunday I will focus on another family and a bracelet combination that I’ve put together to honor their storylines.

For those who haven’t yet gotten into the series, I’ll try to give a little bit of background without spoiling too much.  House Targaryen was the original ruling family of the Seven Kingdoms until Robert’s Rebellion unseated the mad king and forced the rest of his line into exile.  Targaryens are closely associated with dragons as they’re the only people who can control the magical creatures and not be burned by dragons’ fire, which is how they defeated their enemies.  The other notable thing about the Targaryens is that they often marry their own siblings…hence the madness.

For this bracelet, of course it is completely dragon themed with the use of the new Trollbeads Easter 2015 Collection including the Dragon Lock, and Dragon Egg.  Other dragon silvers include the fierce Naughty Dragon and the People’s Bead Happy Dragon.  The Three Siblings represent Rhaenys, Aegon, and Visenya, the original Targaryens who conquered Westeros. The Daylight design reminds me of their interlocking dragon sigil.  Lastly, the Little Princess represents Daenerys as the last of her line and the rightful heir to the throne.  Their house colors are black and red so I’ve done this bracelet in those bold colors.  Do you like watching this show? 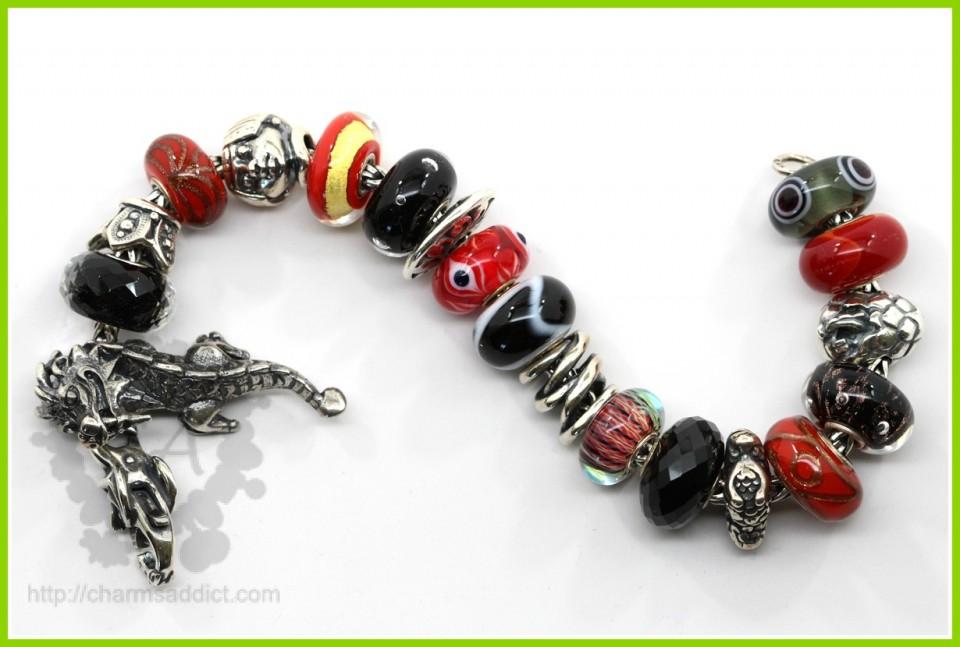