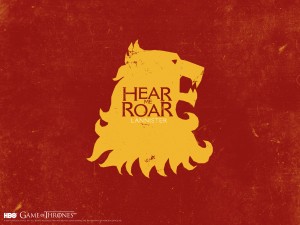 In this next installment of my Game of Thrones inspiration bracelets, I take a look at House Lannister.  This family is probably the most hated in the series, with the exception of Tyrion.  From the get-go, Cersei and Jaime Lannister are involved in shady dealings and Cersei becomes the vilest villain in the show with her constant plotting and machinations.  This House also becomes divided but unlike the Starks, few will shed tears for anything bad that happens to these characters.

Tywin Lannister is the head of the clan and a strong leader that thinks only of his family’s legacy.  He was the Hand of the King under the Mad King and then for his grandson, Joffrey too.  Then there’s his children, Cersei, Jaime, and Tyrion; Cersei is a bad sort, while Jaime does most of his misdeeds for Cersei.  Tyrion is the best of the lot and he is smart with has good intentions…although you know what they say about that.

The Lannisters are known for being rich – so rich that their motto is “a Lannister always pays his debts”, in the positive and negative too, so the gold color of their banner is very symbolic.  Their mascot is the lion, so of course I started with the World Tour African Pride.  For Cersei, I added the King & Queen, Castle, and Caring Light because her love of her children is her only redeeming quality.  I also used the Seer because the prediction she received as a girl has shaped much of her actions as an adult.  For Jaime, I didn’t have a knight charm so I choose Paternity instead since his incestuous children is a big storyline.  For Tyrion, and the twins, I thought the Trollbeads Day three-faced trolls and the Siblings seemed apropos.  What are you thoughts on House Lannister? 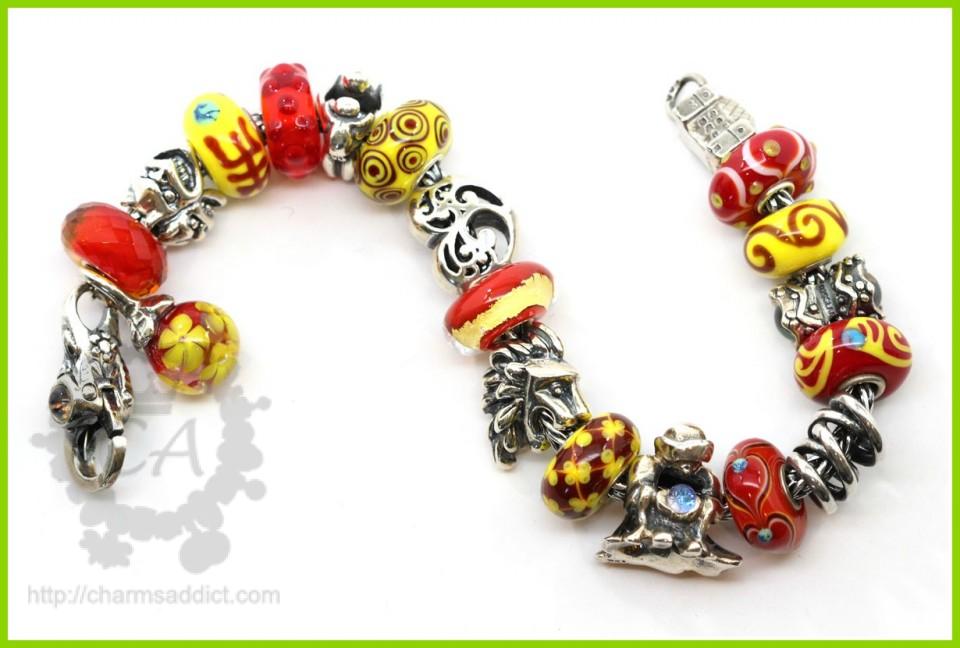