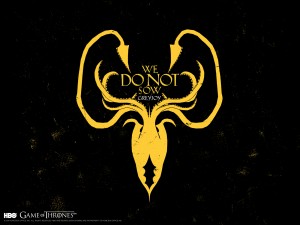 The Greyjoys are not well liked in Westeros and the books do not cast them in a flattering light. The main character associated with this house is Theon, who was once a ward in the Stark household because he was a hostage to keep his father in line after his failed attempt to gain the Iron Throne.  Theon has great ambition though and ends up betraying his foster family, although fate has its own reward in store for him.

The Greyjoys rule the Iron Islands, where “they pay the iron price”- referring to taking what they need rather than working for it.  They are baptized by being drowned and brought back to life through praying to the Drowned God.  The ironborn are raiders and skilled sailors, which makes sense as they are surrounded by water.

The Greyjoys are constantly coveting their neighboring lands and thinking of ways to conquer them.  They do not thrive in the series though, and sort of peter out towards the end of the 5th book.  For the bracelet, of course I started with their animal mascot, the Kraken with Alex Cramariuc’s Octopus and a number of his sea themed charms including the Japanese Waves, Waves (which incidentally is being retired after one last batch!), and Japanese Waves and Cherry Flower.  Along with these amazing designs are Eske Storm’s Viking Ships, Viking Ship Magic Rune, Viking Ship Sea Stallion, and the Trollbeads World Tour Denmark Viking Ship.  The color scheme I chose murky watery shades and it turned out great!  Do you strong feelings toward this house? 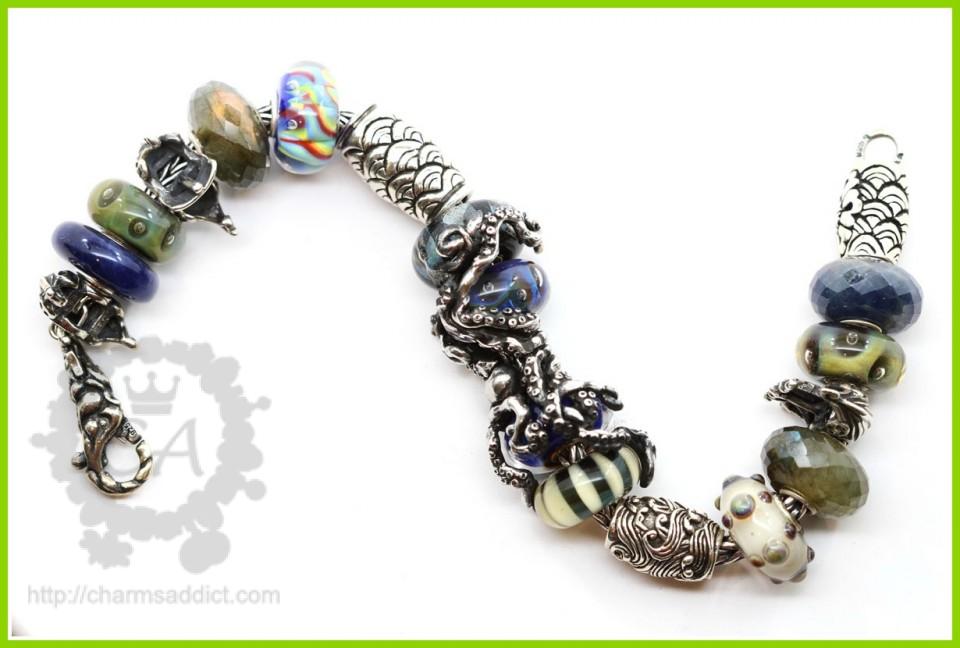